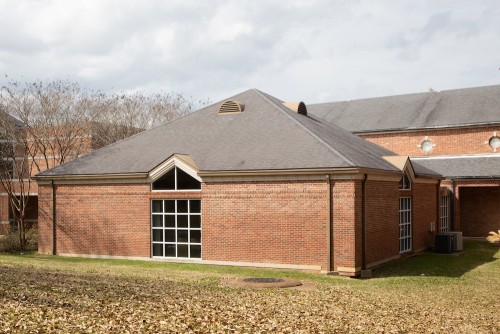 The Hurley Music Library is the largest music library in the Arkansas-Louisiana-Texas tri-state region. Our library houses a large collection of scores, compact disks, DVDs, videocassettes, and LPs (vinyl), as well as a comprehensive reference collection. Music books and journals are located in nearby Magale Library, the main library on campus. The Hurley Library Music also contains a music computer lab (including Finale notation software), listening carrels, a conference/class room, and a spacious reading room.

The Hurley Music Library is used by wide range of constituents both at Centenary College and in the wider surrounding communities of Shreveport and Bossier City. In addition to servicing students and scholars, the Music Library provides a wealth of material of interest to museums, radio stations, newspapers, and magazines.

Magale Library provides access to many resources and e-journals.

Thanks to the generosity of patrons, Hurley Music Library houses a number of Special Collections available for study and examination within the library:

The late Virginia Carlton was a Professor Emeritus in Mathematics from Centenary College of Louisiana. During her academic career she took many trips to Africa and returned with hundreds of items: artifacts, sculptures, and musical instruments. The artifacts and sculptures were given to the Meadows Museum of Centenary College, while the musical instruments and statues of musicians were donated to the Hurley School of Music. This collection, from Liberia and Ghana, is on display in the Hurley Music Library and includes thumb pianos, harps, rattles, drums, and xylophones. These instruments are currently being repaired through the generosity of long-time Shreveport Symphony percussionist Anthony Robinson and about one quarter of the collection has been restored in the past year.

Robert Murray was the General Director of the Shreveport Opera from 1980 to 1996. He directed opera productions as a faculty member at the Eastman School of Music and Florida State University, as well as singing baritone for two seasons with the New York City Opera Company at the Boston Arts Festival. During his career he directed 124 opera productions for five opera companies. He donated his entire collection of scores and production notes to the Hurley School of Music where they are used on a daily basis.

David Redwine began collecting opera recordings as a young adult in Detroit, Michigan. Born in Shreveport, Louisiana, Redwine retired to his birth city and eventually decided to donate his phonograph recordings collection to the Hurley School of Music: "Through the years, that collection became my surrogate child, and you can only hold a child close to your breast for so long. You have to let them go out and experience the world." One of the rarest items in the collection is a Toscanini recording of Verdi's La Traviata.

Wayne Sanders, a native of Haynesville, Louisiana, worked on Broadway as a pianist and vocal coach from the 1940s to the 1970s. During his time in New York, he actively collected Broadway sheet music and piano-vocal scores, as well as purchasing pre-existing collections of Broadway music. The Sanders Collection has sheet music and scores dating from the early 1900s and also includes selections from London musical theater productions, film musicals, and television shows.

Sanders was a frequent musical collaborator with Ethel Merman, Lena Horne, Judy Garland, Liza Minelli, Lucille Ball, and Bea Arthur. Several of the items in the collection are inscribed with personal tributes to Sanders, including a piano-vocal score of Cole Porter's Red, Hot and Blue signed by both the composer and Ethel Merman, the star of the original production. This score was from Miss Merman's personal collection.

We have a specific Collection Development Policy that explains our acquisition policy, including the acceptance of gifts.

Notice of Nondiscriminatory Policy As To Students The institution does not discriminate in its educational and employment policies against any person on the basis of gender, race, color, religion, age, disability, sexual orientation, national or ethnic origin, or on any other basis proscribed by federal, state, or local law.